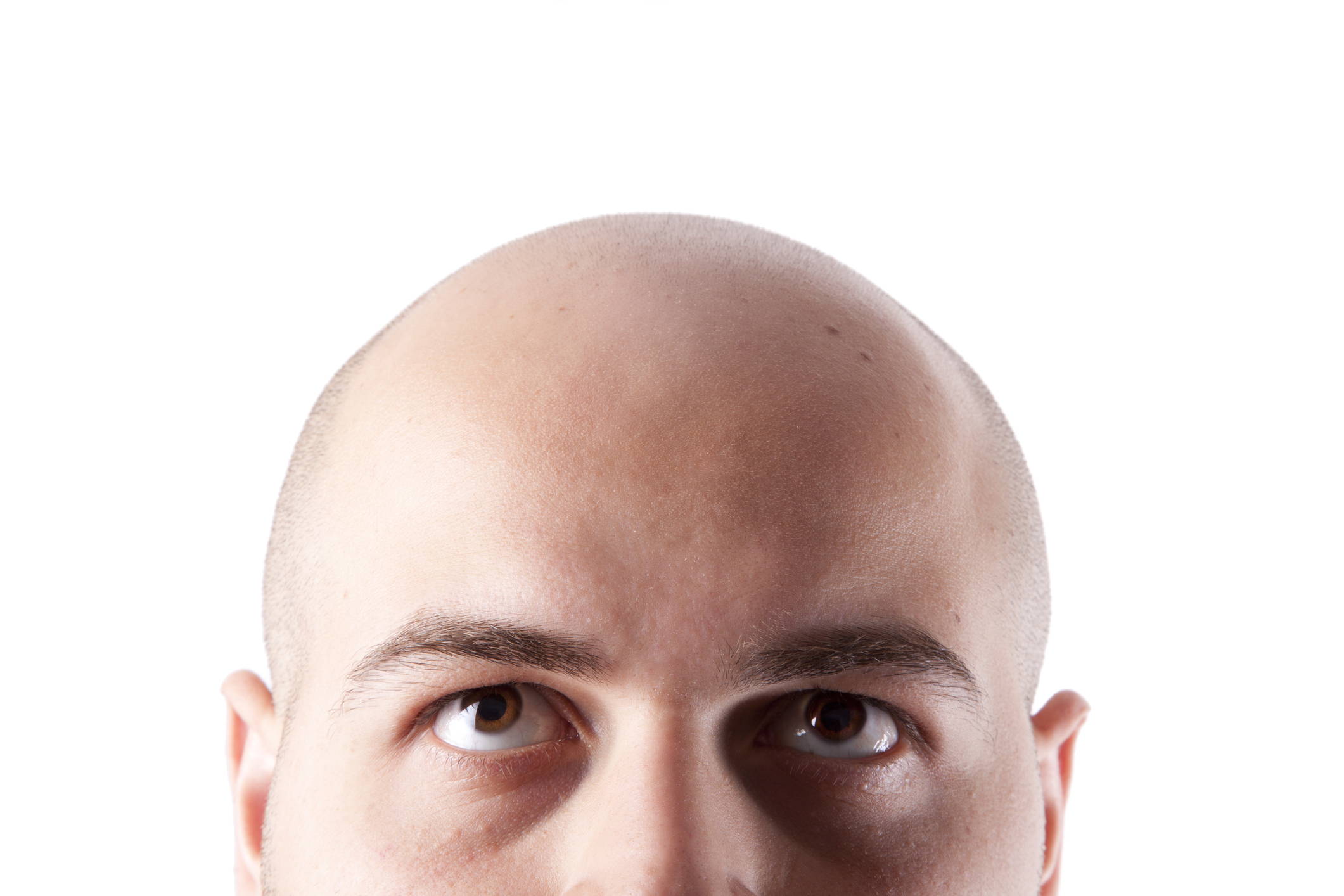 Most of us know very little about our scalp anatomy, nor does it interest us. In general, we often don't put too much thought into how our bodies work until something goes amiss. So, if you have stumbled across this article, chances are you are experiencing some kind of hair or scalp trouble.

Our Starting Point: The Four Different Regions of Your Head

When it comes to hair loss or any head and scalp problem in general, we try to isolate and locate the problem. Our heads have four different regions: the frontal region, mid-scalp region, vertex transition point, and crown. People with hair loss often lose hair in one or more of these areas. Let's take an in-depth look at each of these regions.

The frontal region is relatively self-explanatory, as the name says it all. Your frontal region is "front" and center on your head. It includes your hairline and extends to your temples. You may have also heard this region called the "forelock."

The frontal region is often where men experience a receding hairline. Intriguingly, a slight recession is entirely normal in adults once they reach maturity. However, if your hairline keeps creeping back, you likely have male-pattern baldness, which is one of the most common forms of hair loss. Indeed, most men begin to notice hair loss first in the frontal region before any other area on their head.

Essentially, this area includes a band of hair that is about as wide as each ear. It is sandwiched between the frontal region and the crown.

Where the first two regions are relativity straight forward to identify on your head, the vertex transition point is a little more challenging to figure out. This region is sometimes referred to as the posterior hairline because the two points of the mid-scalp and frontal region come together.

Think of the frontal region as a vertical plane on your scalp and the mid-scalp as a horizontal plane. Where those two points meet is where the vertex transition zone occurs. More simply? It is a small area where your head shape starts to slant slightly higher to meet your crown.

Men commonly show signs of hair loss on the vertex transition point. As it is a point that connects the front and back of your head, you (and others) will likely see hair loss from this area.

Unlike the vertex transition point, the crown is a little easier to identify, and most of us generally know where to find this region. The crown is the highest region that extends to the occipital bone on the back of your head. Sometimes, we also refer to the crown as the vertex.

People commonly lose hair in this region. Because it is difficult to see in a mirror, we often miss hair loss in this region until it has progressed quite a bit. If you want to stay on top of hair loss, watch for early signs of thinning by having the same person look at your crown each month or take a picture.

Next Up: Taking Apart The Layers Of Your Scalp

Soft tissues cover the bones that form our heads. The scalp is different from other body areas because it contains 5 distinct layers that make it moveable and an excellent place for hair growth. These layers include:

Fortunately, you really only need to know about the first layer to understand how to treat hair loss: the skin.

The first layer of the skin is the epidermis. This area is what we can see and touch. The epidermis is a thin layer of skin that protects the body from infection, injury, and harm from UV rays. Certain areas of the body have a thicker epidermis than others, like the hands and feet. There is no direct blood supply to the epidermis, so it relies on the dermis to take care of its nourishment and waste.

The reticular dermis is the deeper, thicker layer of the dermis that contains blood vessels and nerve endings. It is also where hair follicles begin because this layer of skin nourishes the follicle and acts as an anchor to keep hair follicles intact.

The Final Stopping Point On Our Journey: How Can I Use This Information To Stop Hair Loss?

Having a basic understanding of your scalp and skin regions is essential for figuring out how to combat hair loss. You now know that hair loss can occur in specific regions, some of which are more common than others. You also now know that hair follicles lie in the deepest part of the dermal layer of your skin.

If you are struggling with hair loss, first isolate where it is occurring: is it in a specific region, or do you see thinning all over your head?

Next, take a look at what you are putting on your scalp. The skin is a giant sponge, and our hair follicles absorb products, too, so the products you use matter. You will want to use hair care systems that can penetrate the deepest part of the dermis to combat hair loss. Look for products that enrich hair follicles by increasing your blood supply to the scalp, decreasing inflammation, and suppressing DHT, the main culprit behind male- and female-pattern hair loss.

Alongside products, there are also tools you can use to support hair regrowth, such as micro needling with a dermaroller. The fine needles on a dermaroller create micro-traumas that reach into your dermis to increase blood supply, promote tissue healing, stimulate collagen production, and stimulate hair growth.

Not sure where you are in the hair loss process or what you need to use to prevent further losses and encourage new growth? Take the Hair Assessment at DS Laboratories to get started.

Targeted Treatments That Work on Your Desired Areas